Gnosis gets a bad rap, and I totally understand why. It’s the people who want to use their personal experiences of the gods to get maximal attention from their friends; it’s people who claim to be the last true oracle of a deity and whose oracles are mostly the gods vehemently agreeing with that person about who is or is not worthy of scorn and approbation.

It’s most especially the people who want to craft or claim a “True” connection to the gods so that they can sit atop Mount Special, and wait for people to line up and be initiated into their version of whatever mysteries, as revealed to them by their deity. Looking for a hegemony to be hegemmed by? Why not Zoidberg?

It is, most of all, the humble ministers working in the service of the community of followers, cooking pasta, organising gatherings, and cleaning up after events, who are talked down to, marginalised and unappreciated because of pretenders to the title of High Priest and High Priestess who use their gnosis or “mysteries” to attain the closer they can get to celebrity status. 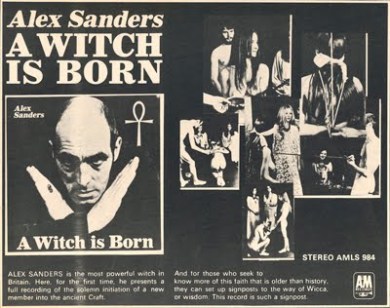 These things are annoying, and it is easy to understand why certain groups simply want to pull the plug on that sort of obnoxious drama. However, gnosis is important. Let me lay it out for you.

I want to start with a folk story from an unlikely place: Chassidic Jewry.  A Rabbi addresses his congregation with a question: “Where does the spirit of God reside?” Everyone smiles, because they know the canonical answer: their God is omni-present. The Rabbi answers himself, saying: “The spirit of God resides where it is invited in.” And everyone stopped smiling.

If you are reading this, I’m going to make a wild assumption that you aren’t a Chassidic Jew…;-)… but I think the principle remains true. In order to have strong and healthy relationships with those who we could call ‘deities’, we need to make a place in our lives for them. We need to give them a place to be, and we need to invite them in. Largely, humans don’t and here are some cliche` excuses that explicate why something so ordinary and natural is so easily hijacked by fans of the paranormal and turned into mysteries for the selected few.

There is ancient mythology, and it exists because human beings had experiences of the gods. Mythologies will always tell you that humans were fundamentally different back then. Of course it does, because if it didn’t, you might get the insane idea that the ‘gods’ are continuing to interact with people (other than the clergy that is telling you that they, and not you, can talk to the gods using their ancient, secret, mystic hoobbity-ha).

You might get the idea that the gods are not an alienated superior race of hermits, living in a dark cave or some remote mount somewhere. You might get the notion that they, in some way, wanted to be a part of everyone’s life, and not just the lives super special people who know special ancient secrets and formulas that the gods supposedly hid from the rest of the proletariat.

Why This Is Stupid.

There are only two possibilities: the gods want to be among us, or they don’t.  If they don’t then no one can make them do it.  If they do, then they won’t make the means to help them manifest so complicated.

Excuse 2: You Are Unworthy

Another common theme is that the gods avoid unworthy people. You see that in mythology, too. We, of course, are morally imperfect. Morality changes with times and social evolution/devolution. Therefore, the gods don’t want to be around us, and we need to know special ways of pleasing and bribing them to get them to manifest.

Why This Is Stupid.

I’ll be blunt. I have met lots and lots of people, and I never ran across anyone perfect. The human race is a conglomeration of self-serving arseholes. This is nothing new. People have basically always been arseholes. Odysseus was an arsehole. Medea was an arsehole. Theseus? MEGA ARSEHOLE. Yet the gods still wanted to be a part of the world when these people were around because even among them it’s full of arseholes. Can Gwyddion be considered less of an arsehole than Loki?

Furthermore, what kind of gods do you believe in? Are they the sort that run at the first sign of difficulty? Have difficulty solving basic social problems? Flip their shit at the first sign of adversity? If so, then they don’t really want to be a part of our world at all, so stop calling them. Strife is what our world is all about. It is the defining feature of human existence.

The gods DO want to be a part of ‘our’ world, and that means dealing with humans, who are as flawed entities as they are.

The ‘gods’ are not lofty beings to whom we necessitate to give adoration for atonement of some imaginary ‘sin’ our ancestors committed against one of them when we first became human (not all of them anyway). They do not hide from us nor they live within us if not for the few DNA strands that separate us from the apes. They have not hidden away some secret of being with them and talking to them. They’re more than willing to be a part of our lives if we let them – even if just out of curiosity or duty we’re not privvy of. It’s up to you to make your partnership with them productive and long-lasting.  We, however, need to scrap some of the absurd hang ups religion has drummed into our heads and some so called witchcraft traditions would have us continue to believe. So long as you’ll have a herd mentality and think, act and speak as you’re told because somebody else thought so 40, 50 years ago, you’re cannot claim to have any more more secret knowledge than what the rest of the herd as already.  If you stay a sheep, I’m sure your Gods will treat you as one and feed you the fodder you deserve because that’s exactly what a good shepherd would do.

We all come from the same universal ‘materia prima’ – those who we call gods included. Religion and its spiritual teachers won’t tell you that, but mythology provides plenty of clues for deducing this conclusion.

But what about those crazy people who have gnosis? And what about all the contradictory experiences people have?

A second and final thought from Campbell.

“Every [mythological] experience is true one way or another. It is true when understood metaphorically. But when it gets stuck in its own metaphors, interpreting them as facts, then you are in trouble.”

Through a Jungian Lens